Klotz was driving a train early Sunday morning when he said a group of four teenagers were smoking marijuana on the train and allegedly tried to light a passenger’s hair on fire.

He intervened and the group turned against him. They started beating him and even chased him to another subway car when he tried to escape.

Several of the young suspects in the attack have been arrested.

Klotz was left with bruised ribs, black eyes and cuts to his face.

The NYPD says it happened just after 1 a.m. on a southbound 1 train as it approached the 18th Street and 7th Avenue station in manhattan. The four teenagers and Klotz all got off the train.

Police assigned to Transit District 2 were alerted and apprehended three of the teenagers. Two are 15 and one is 17. They were all promptly released after being accused of assault because they were accused of minors. 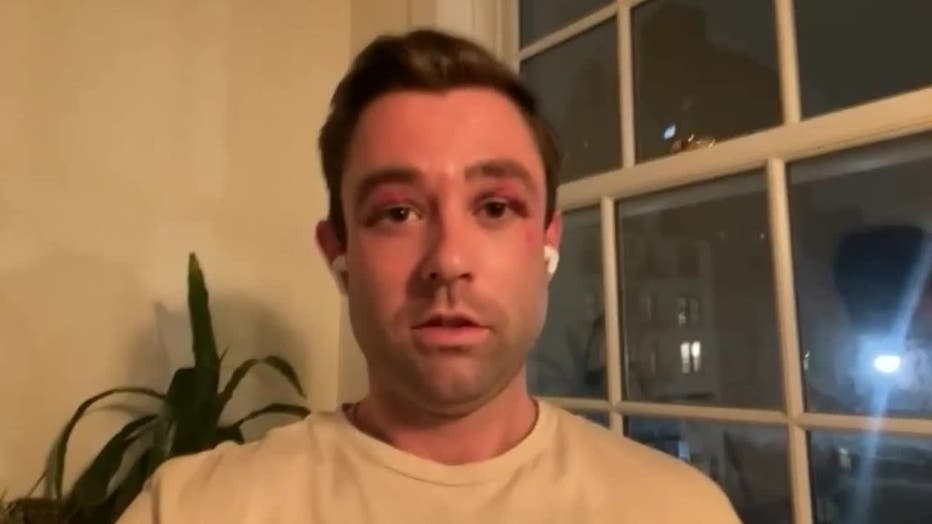 Prior to joining FOX News, Klotz served as a weekend weatherman and multimedia reporter for FOX 5 in Atlanta, Georgia.